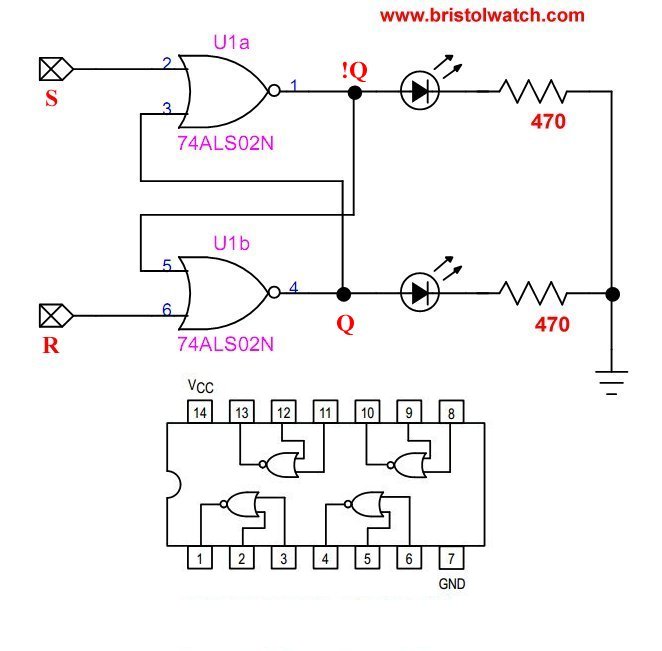 Here I will look at several SN7402 circuits and NOR-OR gates in general. The SN7402 is a quad, 2-input NOR gate. I'll construct NOR gate based digital latch and a monostable multivibrator.

Fig. 1 is a basic Set-Reset (SR) latch. This also includes the pin connections in a 14-pin dual inline package. 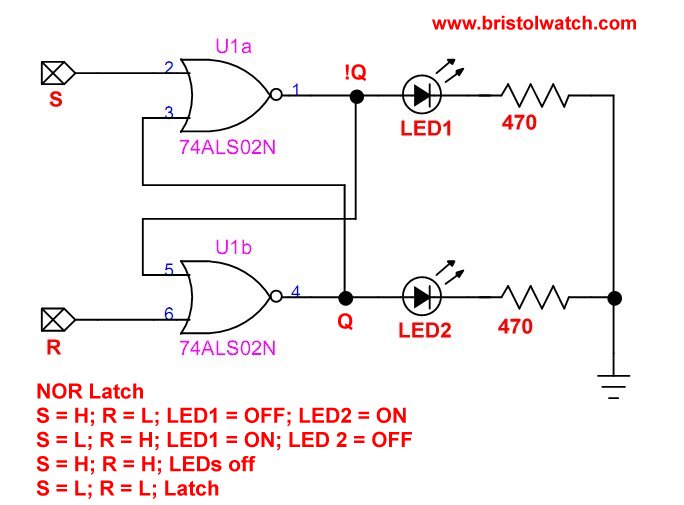 Fig 2 is a basic SR latch. The truth table is as follows: 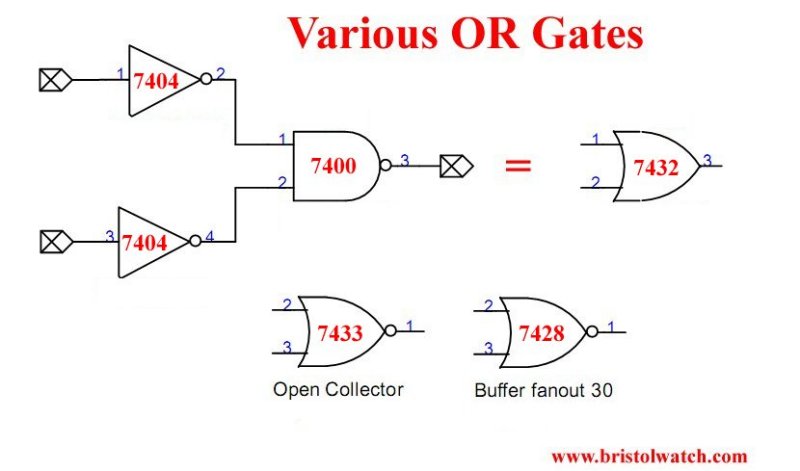 A SN7433 with an open collector output NOR gate. The SN7428 buffer or driver NOR gate. 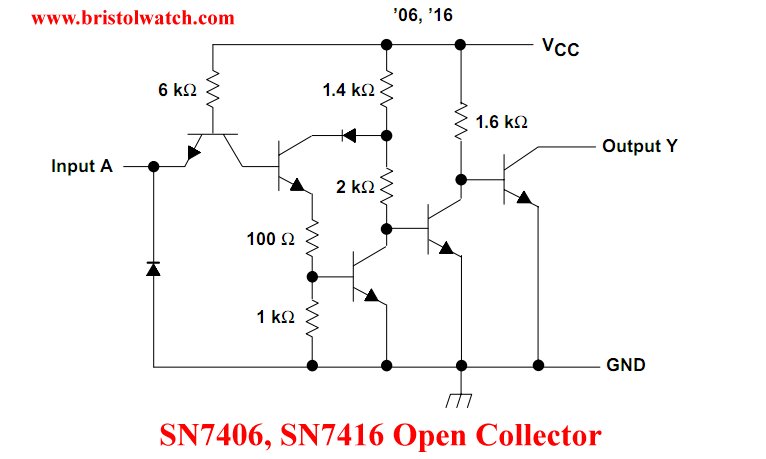 Fig. 5 is a gated SR latch. By using two SN7408 AND gates allow a set-reset condition during as positive going clock pulse. That doesn't fix the problem of the illegal S and R both HIGH condition.

Another possible variation is use two SN7400 NAND gates. That would reverse the Q and !Q outputs.

Fig. 6 Another variation Gated SN7402 NOR gate based SR latch.

A D flip-flop is a building block for multi bit latches and shift registers. 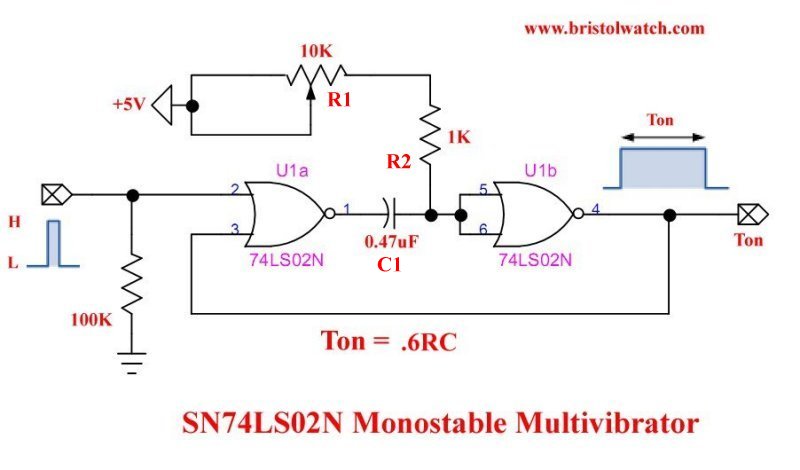