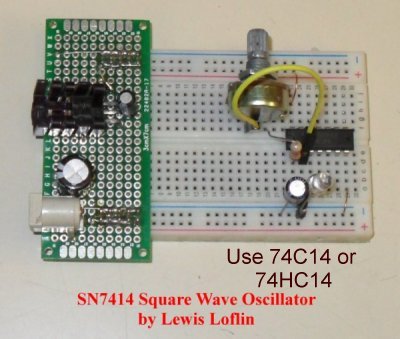 In Vol. 63 June/July Make Magazine Charles Platt wrote an article on using a SN74HC14N Schmitt Trigger HEX inverter. Using only one of six inverters, a capacitor, and feedback resistor, he created a basic square-wave oscillator. 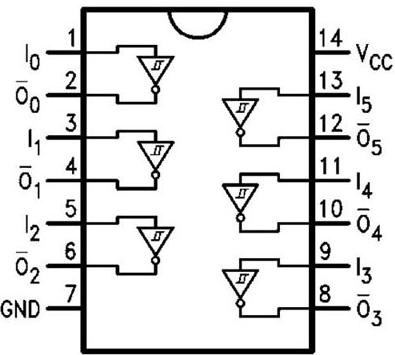 He didn't go into detail on calculating component values or much on the theory of operation. Here I'll expand on that. Fig. 1 is the internal connections on the device. Note in the following schematics I will not show +Vcc pin 14 or ground pin 7. +Vcc is 5-volts, a HIGH is 5-volts and a LOW is 0 volts.

I will be dealing with a single inverter and all measurements are based on a live circuit built from real components. I do not use SPICE or simulation software and can't guarantee its operation with such software.

Measurements are taken with a Radio Shack 22-812 digital multimeter that can measure frequency, pulse-width, and duty cycle. 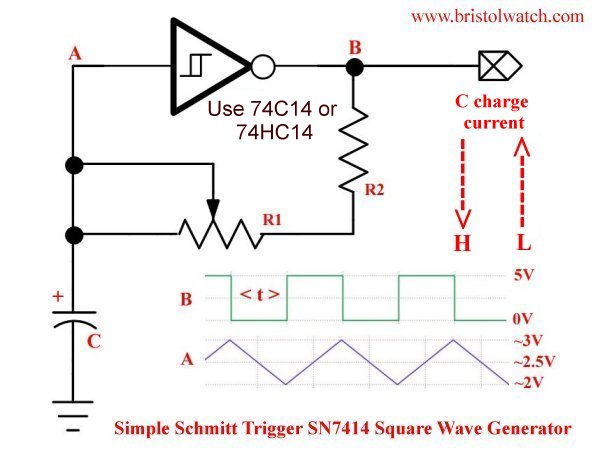 Fig. 2 illustrates the circuit I'll be using. It consists of a single inverter, feedback resistance, and a charge capacitor. Let us discuss the difference between a Schmitt Trigger versus non-Schmitt Trigger inverter.

Very simply an inverter inverts the input logic level - HIGH in LOW out, LOW in HIGH out. The problem becomes at what voltage level from 0V to 5V is HIGH or LOW? What is 2.5 volts?

In Fig. 2 refer to waveforms at points A and B. When powered on input A is LOW while B is HIGH; capacitor C charges up from the HIGH output through R1 and R2.

When A reaches ~3-volts B goes low and C discharges back through R1 and R2 into the output of the inverter. In reality when HIGH is output when an internal transistor switches to +Vcc, a LOW used a transistor to switch to ground.

The triangle waveform on A charges/discharges between ~2-volts and ~3-volts or ~1-volt peak-to-peak.. The output is 5-volts peak to peak. The capacitor C never fully charges to +Vcc or fully discharges to GRD. This 1-volt switching gap is the secret behind the oscillator. 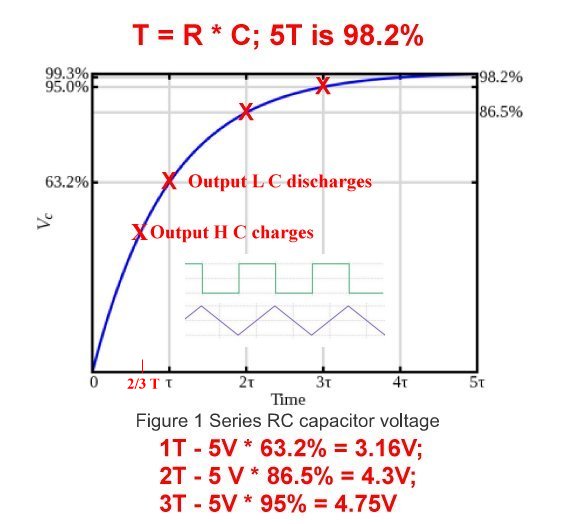 As C discharges to ~2 volts the out B goes HIGH charging capacitor C back to ~3 volts, etc.

As far as the output is concerned on/off T switches from 2/3T to 1T on the input. To calculate T on the output is (R * C) / 2.8. I derived this by experimentation. 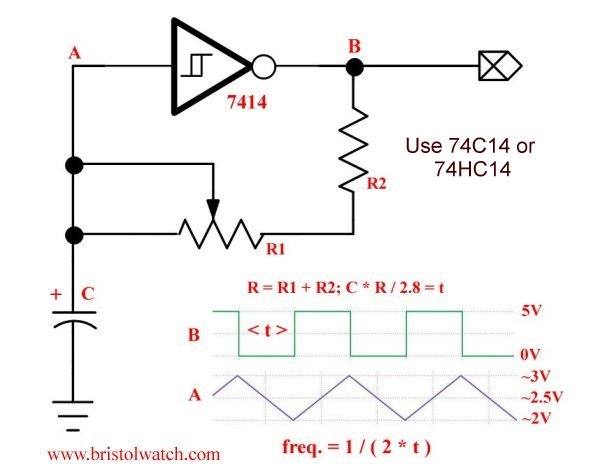 Fig. 4 shows the formulas for this circuit. I going to calculate values as used in a live circuit the measure the values on my multimeter. I used a 22K resistor that measured 21,700 Ohms. I also measured the capacitors used. 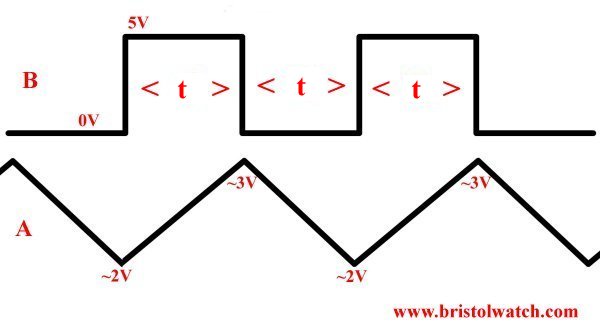 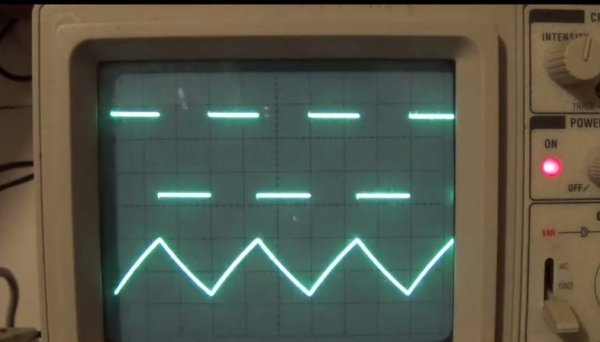