For several years I have posted an Arduino based AC power control. The idea was an interrupt from a zero-crossing detector would be used with a delay program to fire a triac circuit. By reading a potentiometer value the Arduino would calculate a delay on each AC half-cycle from 0 to 8.33 milliseconds. Longer the delay the less power delivered to the load. See Fig. 1 and the following links.

The purpose here is to create a better zero-crossing detector. While the transistor out opto-couplers work the trigger pulse being somewhat distorted can cause problems. 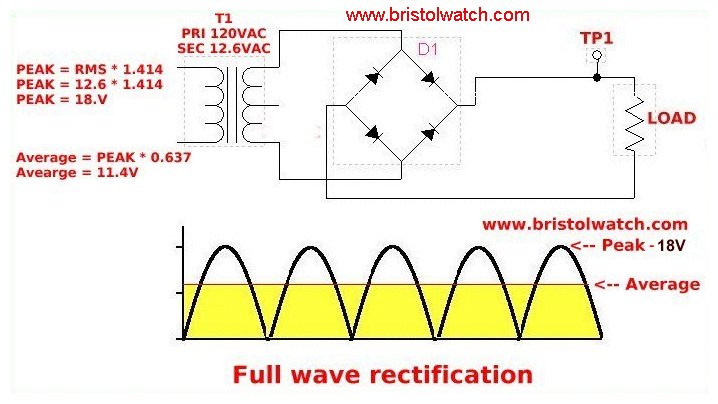 Fig. 2 illustrates the pulsating DC input to the opto-coupler LED(s). 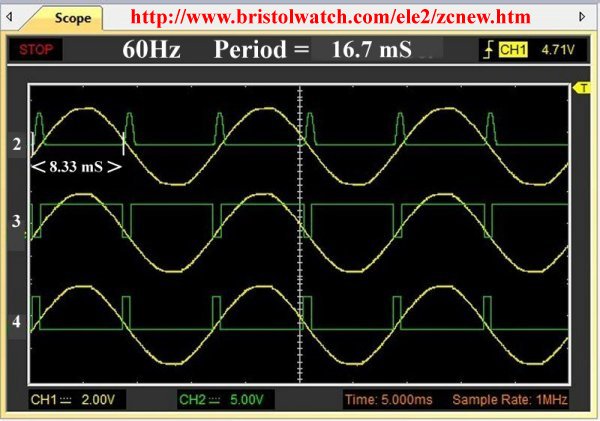 Fig. 4 illustrates the output waveforms on my PC-oscilloscope. TP2 shows the poor waveform from the transistor collector circuit. TP3 illustrates a clean high-to-low pulse with about a 7% duty cycle. 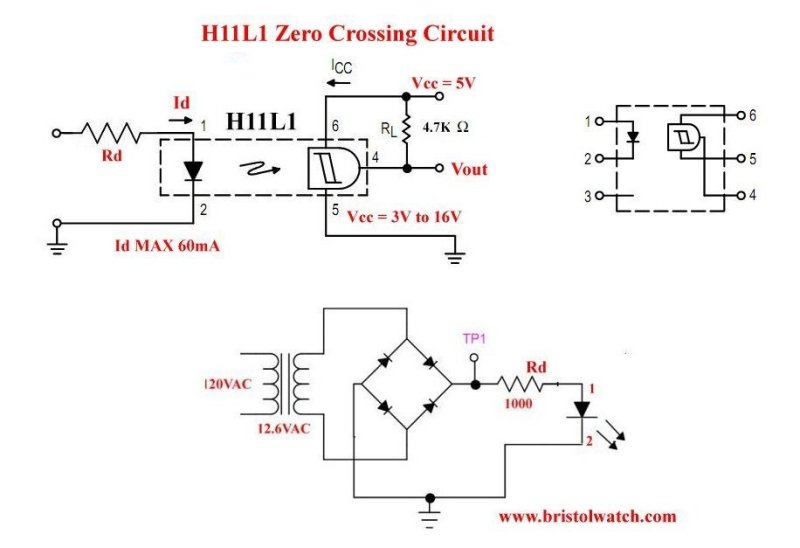 In Fig. 5 I have replaced the SN74LS14 Schmitt trigger inverters and the 4N25 optocoupler with a single H11L1 optocoupler circuit. Pin 4 is an open drain output with a pull up resistor. The H11L1 has internal Schmitt trigger and detector circuit. The voltage range on the output is 3 to 16 volts.

To quote the spec sheet:

Fig. 6 illustrates the clean output pulse from pin 4. The duty cycle is about 7%, frequency is 120 Hertz and a period of 8.33 milliseconds. 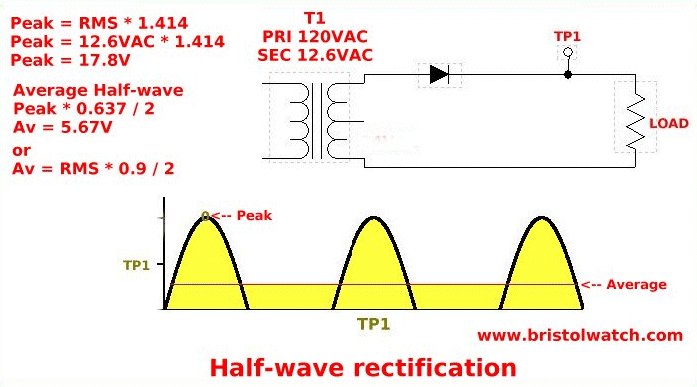 This is halfwave pulsating DC. This is 60 Hertz with period of 16.7 milliseconds. 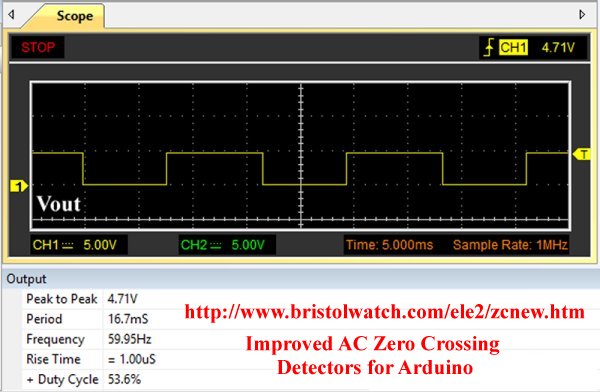 Finally the H11L1 output. This produces a 60 Hertz square wave with a 54% duty cycle. I would not use this for power control but to detect a falling or rising slope works fine. 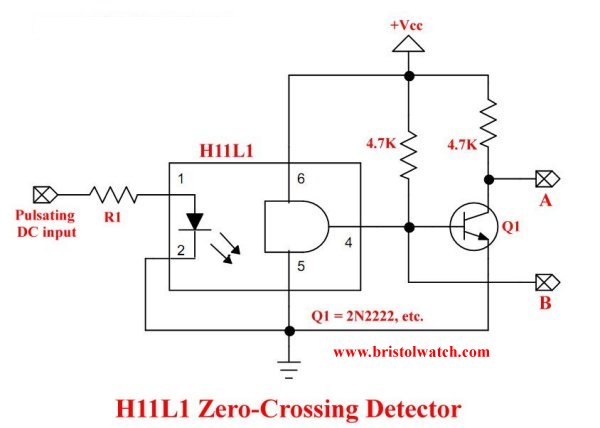