Introduction - The purpose of these pages is to introduce the student and hobbyist to electronics projects.

I've been a part-time adjunct professor at a local community college teaching electricity and electronics.

Today I do this for the shear love of electronics.

I have 45 years experience in electronics, from vacuum tubes to modern solid state and industrial controls. I tend to teach from a general science viewpoint.

This site has been up for about 16 years and covers a number of subjects broadly how to use the Arduino microcontroller and semiconductor components such as transistors, MOSFETs Zener diodes, op-amps, etc.

These are presented as information only - you assume all risk. Most voltages are under 24-volts. Read this safety warning.

See my You Tube Videos page lists the over 206 videos on My YouTube Channel.

Understanding the following bipolar transistors, MOSFETs, IGBTs is the basis of most of my projects.

Typical of the projects is Fig.1 a high voltage H-Bridge DC motor controller. All of the components used in that project are also covered in separate tutorials.

The Arduino code can be used on multiple H-bridge circuits. It has adjustable speed control and rotation direction control. With the growth of electric vehicles these circuits will be seen more often.

A Hall sensor in its most basic form is an analog integrated circuit. It consists of a Hall plate that outputs a "transverse" voltage based on the intensity of a magnetic field - polarity is dependant on magnetic polarity.

It also consists of a high gain differential amplifier because the generated voltage is small. The output voltage is analog usually centered around half the power supply voltage.

The addition of a Schmitt trigger with a properly set hysteresis will create a Hall switch or Hall latch. They often have an open collector output transistor.

The Schmitt triggers used here are based on an analog comparator. These can be built from operational amplifiers (op-amps) such as the LM358 or LM741.

Or one can use the LM311 comparator or LM339 quad comparator. The have open collector outputs unlike the LM311/LM741 op-amps.

A comparator "compares" two analog voltages and turns on-off based on their voltage levels.

Often considered "digital" at this point we have in reality a one-bit analog-to-digital converter.

The TL431A, The LM317, and LM334 are power and inexpensive current regulators. They are used for lighting LEDs, battery chargers, etc.

The LM317 and related parts are used in low-voltage DC power supplies.

SCRs and Triacs are used to control AC and DC power systems. With a microcontroller such as Arduino using a zero-crossing can control AC power to control light levels, AC motor speed, and resistive heating elements.. 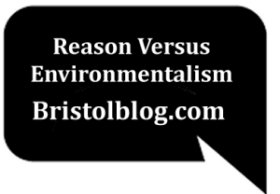 Arduino Microcontroller Projects presents a number of tested projects and examples for Arduino. The emphasis is hardware control which suggest one has an electronics background. It's also helpful to have a background in digital logic and binary code. The projects will explain this as needed.

What differs here is I avoid the use of Arduino only code and code libraries in order to port the basic code to Python or Microchip PIC C. Raspberry Pi is an ARM processor based mini Linux computer clone. It has addressable hardware IO for connecting external circuitry. These projects are in Python a high level interpreted language finding many modern applications.

At this time there are four models with the Model 4 being the most powerful.

The Linux desktops I use is Openbox-LXDE or Openbox. The above image is my version of a hacked LXDE desktop.

Note Openbox is not a full desktop but a window manager. Other pieces of software must be added for a full system.

I design these for speed and function. I remove slow and bloated programs.

These are mostly sensors connected through the I2C protocol. While digital themselves, they can measure analog sensors.

Below are listed a series of projects using pyparallel and electronics. We will use a common PC printer port to learn basic python and electronics interfacing. Starting with routines I wrote to aid students I'd advise walking through this in sequence. Have fun and send comments and/or corrections to lewis@bvu.net.

Connecting a PC Printer Port to Electronics with Python is closely related to Raspberry Pi. It too is a nearly identical Linux system but differs in being designed to use a hardware printer port as I-O to connect electronics projects. The projects here too are in Python and with modifications will work on Raspberry Pi and vise-versa.

It differs in I never bothered to setup the I2C interface found in Raspberry Pi instead interfaced an Arduino to better handle low-level electronics.

Now a available for download a custom live Linux distribution to use a PC printer port for electronics control - without installing or altering the PC in any way.

Microchip PIC18F2550 projects are based on the BOLT system board but can be used without it. Centered on the PIC18F2550 is programmed in C like Arduino and the programs are often interchangeable. I present a lot of code examples.

Also included in that section is assembly language projects for the PIC PIC16F628A and PIC12F683. While cheap and versatile controllers there's a steep learning curve in using assembly.

Finally we come to the PICAXE Microcontroller in this case a medium range PICAXE-18M2. While built hardware wise on a Mircochip PIC controller it has an easy to learn built in proprietary basic. It's designed for students rather more than serious applications.